Today is Good Friday, which traditionally is Pierogi Making Day for my family. Since social distancing isn’t possible in my Grandma’s kitchen, we can’t be together. So instead, we text each other pictures of ourselves making miniature batches at home, gifs of dancing pierogis, or selfies of faces hidden behind colorful homemade masks.

For myself, I revisit the tradition in excerpts from a paper I wrote last year.

Family traditions take many forms. Some arise from our cultural or religious history. Others arise due to our human desire for remembrance, ritual, and fellowship. The best traditions are passed on through generations and expand from one’s family, to one’s friends, and into the wider community. My family’s pierogi recipe represents just that type of tradition. It expresses many things, including the most obvious: a mouth-watering dumpling of buttery dough and delectable spices. It also symbolizes my family’s history, culture, and our love of community. For with every pierogi that we’ve made, we’ve shared.

Considering the history of this simple dumpling, it’s no wonder that it has become a symbol of familial pride and community for Polish families. Pierogis are a national dish of Poland that have appeared in Polish cookbooks since the 17th century (“Pierogi – the Best Guide to the Most Popular Polish Food.”). Preparing these dumplings around holidays such as Christmas and Easter is a common tradition. 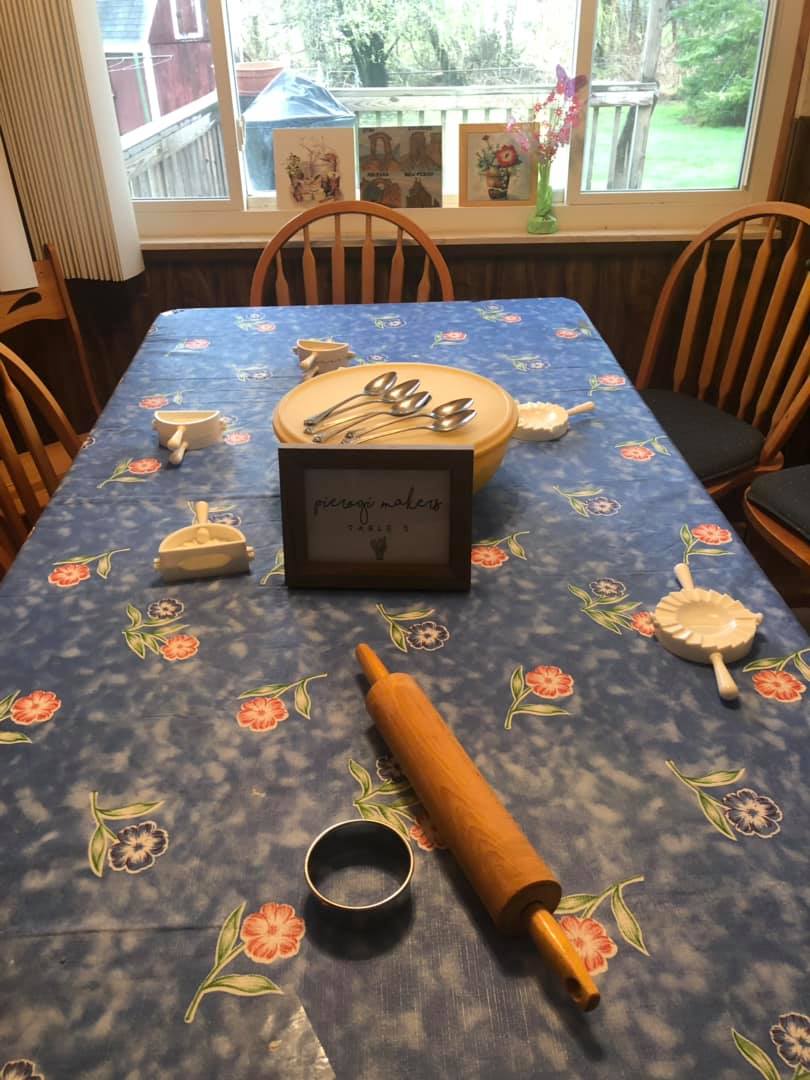 For my family, the tradition began in Busia and Dza-Dza’s kitchen on a Good Friday, years before I was born. They called around, inviting the family into their tiny kitchen to roll stiff mounds composed of butter, eggs, and flour, to crimp stuffing into round spheres of pale dough and to boil each dumpling in pots of steaming water, before carefully laying the pierogis in neat rows to dry. By the afternoon, everyone went home with heaping plates of fragrant pierogis. These fluted pockets of calorie-rich goodness would be fried in butter, to a crisp golden brown and serve as midnight snacks, the highlight of Easter brunches, and the specialty of holiday dinners. The traditional sauerkraut and potato pierogis are my favorites, while others prefer the creamy, cottage-cheese filled ones.

As we grandkids undertook our pierogi training, we learned about the different methods of preparing them. One could crimp them with a hinged “crimper” squeezing the ends of the dumpling into a nice, fluted pattern. Or, one could press the edges shut with a fork, leaving deep creases in the dough. My older cousin still swears by the fork method as the only authentic way to make pierogis. One year my cousins and I made an apple pie version… that was stretching the dumpling recipe a bit too far!

Pierogi Making Day repeats year after year, even as the family grows and my Busia’s tiny kitchen is packed with her kids, grandkids, their spouses, friends, and extended family, all working the pierogi assembly line. Dza-Dza supervises us from heaven, and I know he would be pleased. Last Good Friday, the family churned out over 1,000 pierogis to enjoy and share with friends who request a small order of the treat every spring season. 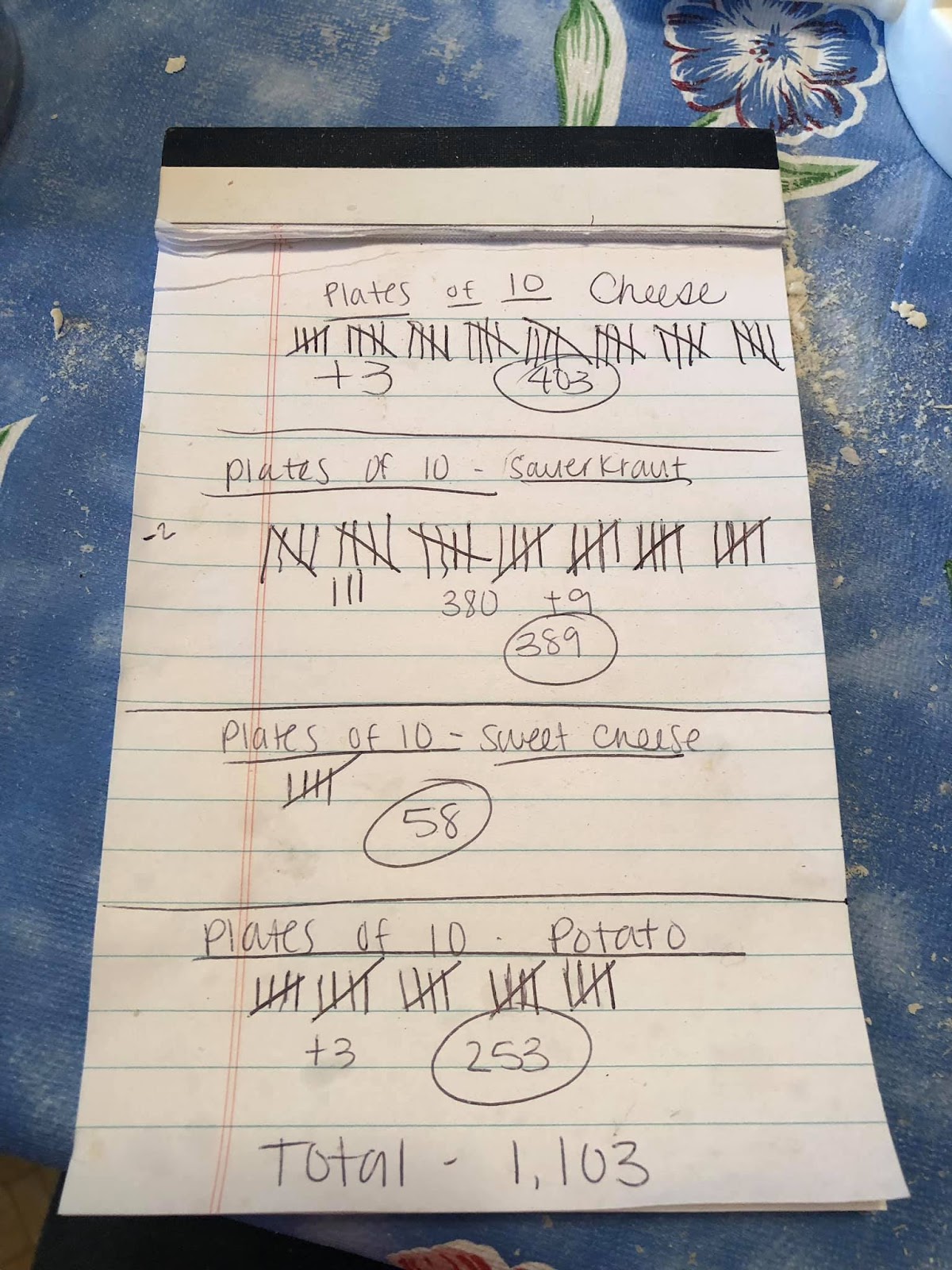 In the handwritten recipe my mom passed along to me, she wrote “Traditions such as this are a special and important part of family life and heritage.” This is the most compelling aspect about the pierogi. It is a simple dumpling, but as food often does, it brings people together. More importantly, traditional homemade foods like this are imbued with a rich history, cultural heritage, and love. As my family labors around that little kitchen table in Ohio every Easter season, we enrich ourselves, our family, and hopefully, bring a yummy sense of pure enjoyment to the community.

Be well and keep your traditions alive, my friends!

View all posts by aturkette

What I Write About